She’s expected to walk the runway during Victoria’s Secret fashion show in New York on Thursday.

But over the weekend, it seemed there was still enough time to relax before the grueling week ahead, as Lais Ribeiro, 28, flaunted her toned figure while hanging out at Laird Hamilton’s home in Malibu, California.

The Brazilian beauty was joined by her boyfriend Joakim Noah, who, despite being waived from the New York Knicks last month, seemed in a rather good mood during the outing. 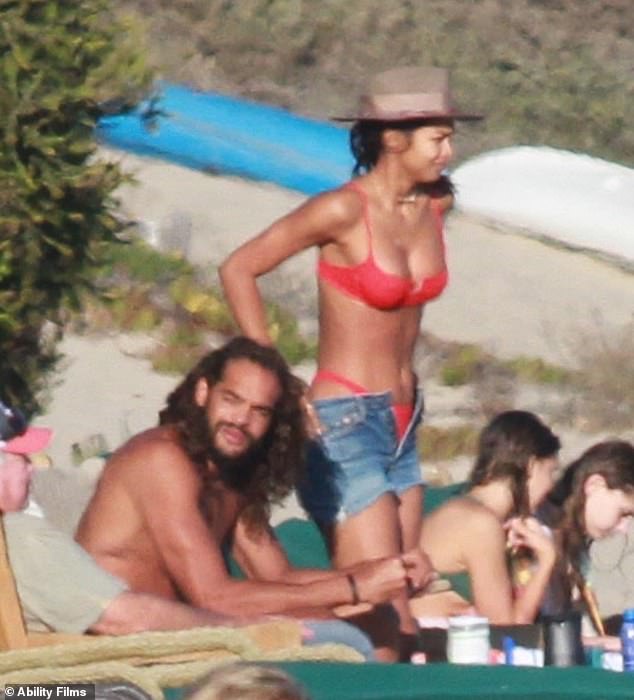 Shy for what? Lais Ribeiro flaunted her figure in a coral bikini on Sunday as she spent time with beau Joakim Noah in Malibu 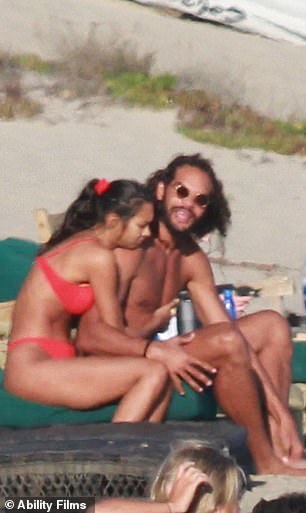 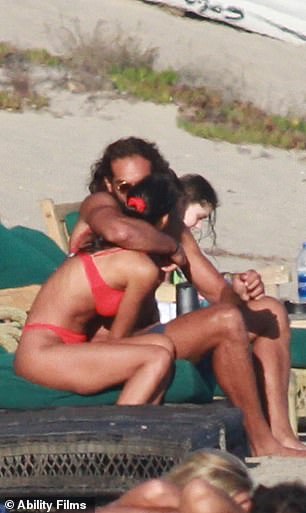 Taking a day off: The couple looked all loved up while hanging out at Laird Hamilton’s home in Malibu, California

And it certainly wasn’t hard to see why.

The 28-year-old paraded around the beach in a skimpy raspberry colored two-piece bikini with the addition of a fedora after having taken off her denim shorts.

Joakim and Ribeiro commanded attention as they packed on the PDA during the occasion, completely unfazed by their surroundings while openly embracing one another. 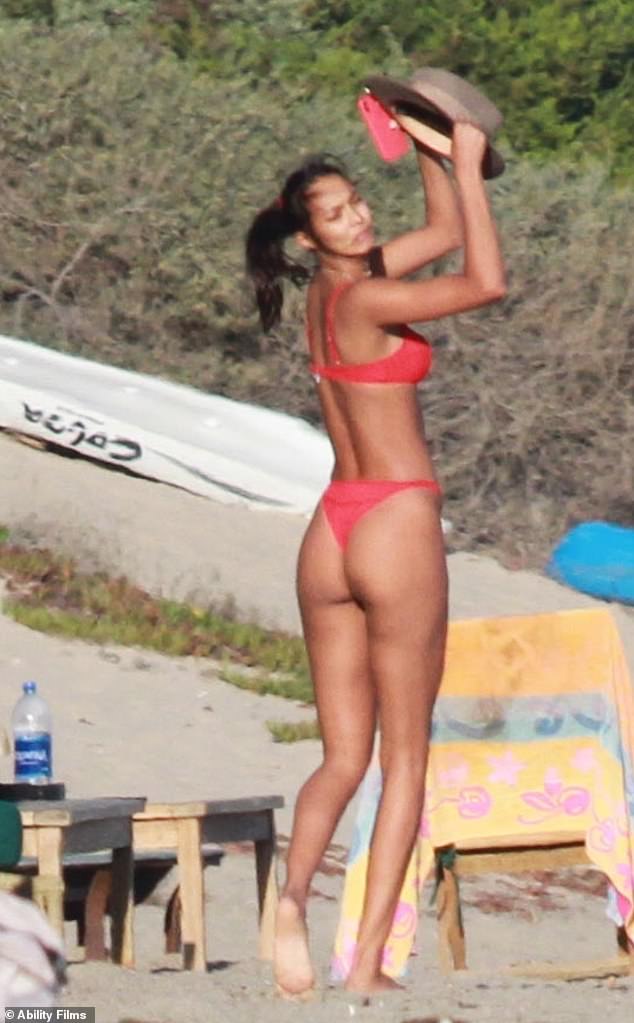 That’s enough sun: The beauty added a fedora to her ensemble in what appeared to be an attempt to protect her face from the sun 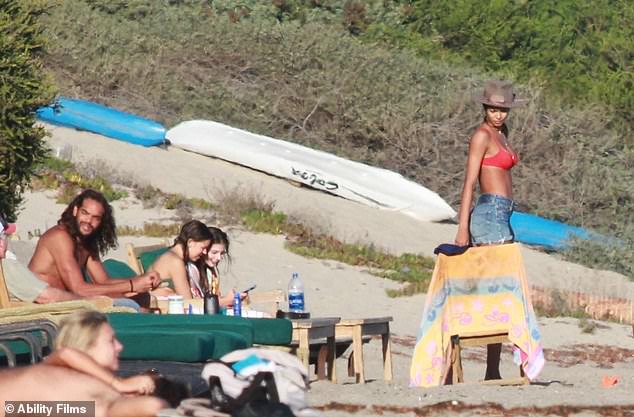 Minding her business: While her basketball playing boyfriend engaged in conversation with guests, the Brazilian model seemed occupied in trying to find a spot to tan 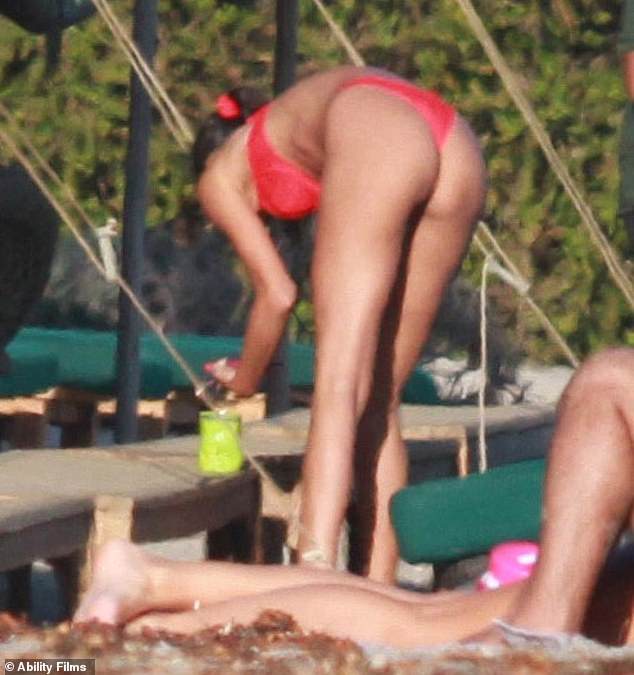 Before the show: Just days before the Victoria’s Secret Show, Lais teased fans while flaunting her long legs in her daring swimsuit attire 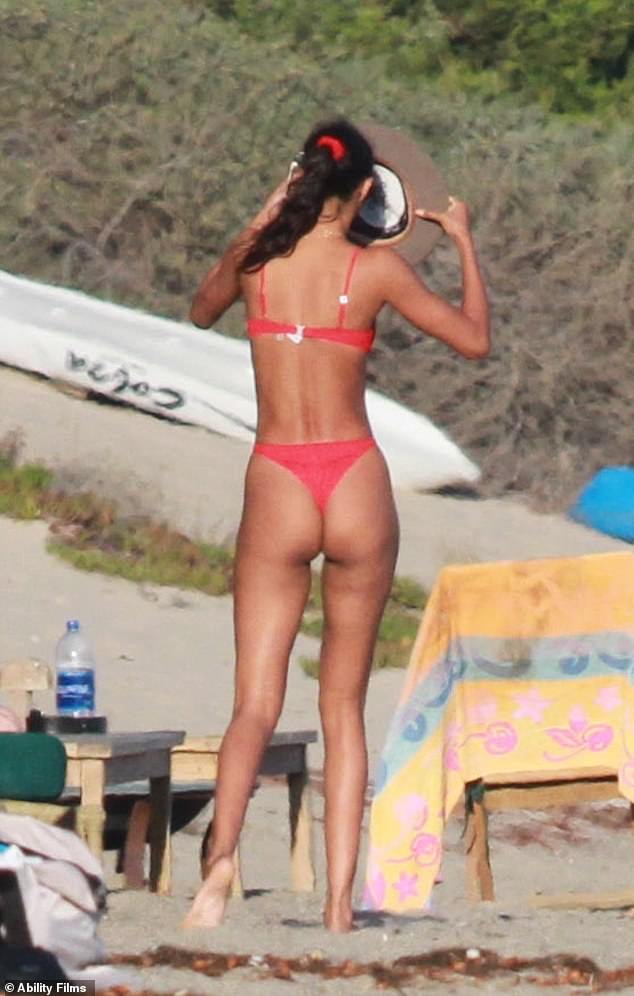 Peachy! There didn’t seem to be much doubt that the 28-year-old must have been working up a storm in time for her upcoming Victoria’s Secret fashion show

Despite being all loved up, the two seemed to have had no problem mingling in with the astounding line-up of celebrities who were also in attendance at the occasion.

The doting couple had been joined by John McEnroe, Rande Gerber, Cindy Crawford and Kenny Chesney for the sunny occurrence in California.

Lais was undeniably in great shape, and that is heavily contributed to the fact that she has quite the big week ahead of her. 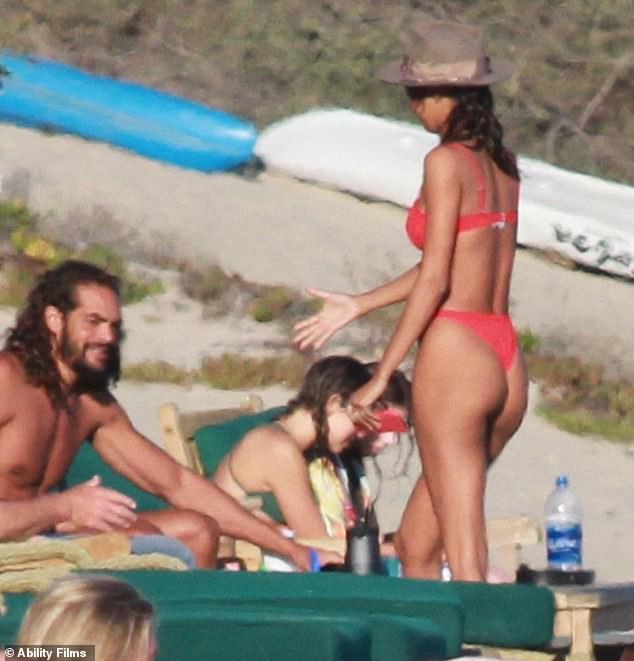 Nice to meet you: Despite being all loved up, the two seemed to have had no problem mingling in with the astounding line-up of celebrities who were also in attendance at the occasion

On Thursday, she will mark another important moment in her life as she walks the runway for the upcoming Victoria’s Secret fashion show in New York.

There, she’ll be joined by Stella Maxwell, Gigi Hadid and Jasmine Tookes, who were all recently seen making their way to dress fittings at the brand’s headquarters in the Big Apple.

It’s also been reported that Bella Hadid and Kendall Jenner will also be walking the runway during the upcoming event, according to W Magazine. 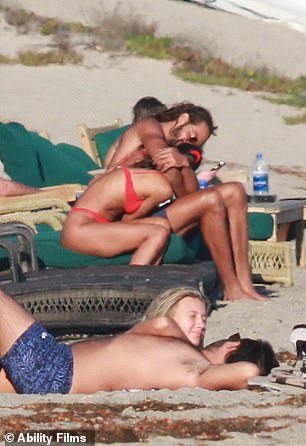 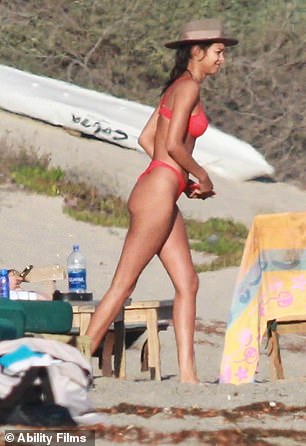 She seems like she’s ready: Lais looks in great shape, and that is heavily contributed to the fact that she has quite the week ahead of her. 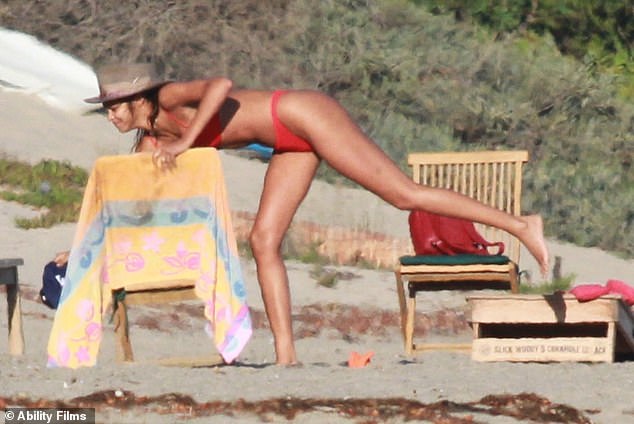 Bend it like Beckham: The lingerie model seemed occupied while working up a tan

Ribeiro is no stranger to strutting her stuff for the extravagant Victoria’s Secret spectacle, having famously been chosen to wear the $2 million fantasy bra during last year’s occurrence in Shanghai, China.

The televised event, according to Bustle, costs roughly $12 million to put together while an estimated number of 800 million people are expected to watch globally, making it the most-watched fashion event in the world.

Meanwhile, despite it still being unclear when Joakim and Ribeiro first started seeing each other, the doting duo has been inseparable ever since they were first spotted clubbing together in September.

On Halloween, for instance, Ribeiro took to her official Instagram page where she showed off a Storm-inspired costume while her beau looked buff as DC Comics superhero Aquaman. 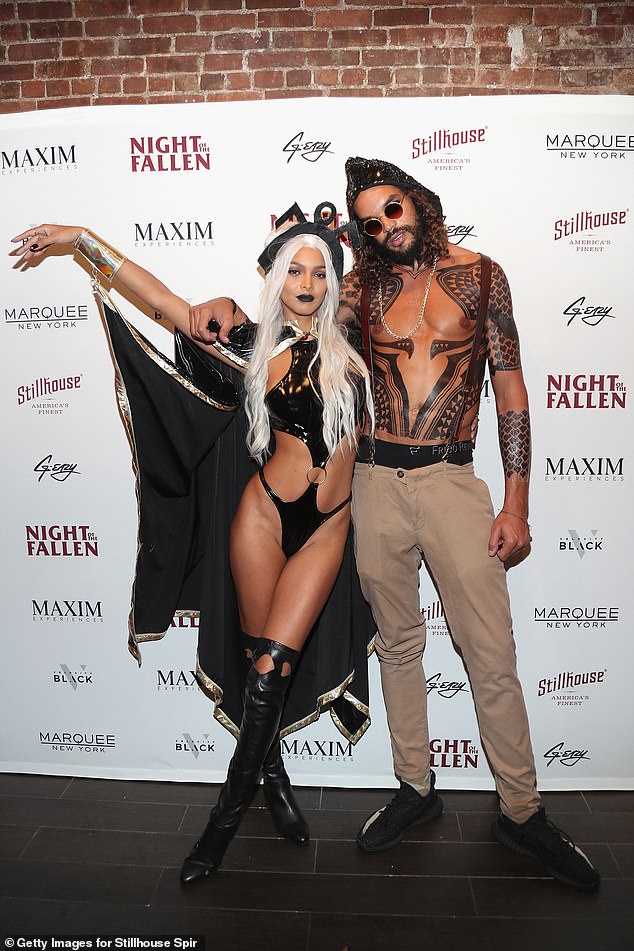 Spooky: On Halloween, Ribeiro took to her official Instagram page where she showed off a Storm-inspired costume while her beau looked buff as DC Comics superhero Aquaman

Sofia Richie continues to morph into Kardashian klone as she looks more peachy than ever...

Khloe Kardashian gets dirty as she smothers herself in black sand while posing in a...